By Mua Patrick Mughe in Yaounde
Catholic Bishops of Cameroon have made a bold assertion that they are aware of the supposed killer or killers of their late Bafia colleague.

The bishops’ latest declaration comes to bolster their earlier stand in which they said their late colleague, Bishop Jean Marie Benoit Bala was “brutally assassinated”, contrary to a statement issued by the Attorney General of the Centre Region Court of Appeal which suggested the prelate may have probably died by “drowning.”

In a statement signed on behalf of the bishops of Cameroon by Archbishop Samuel Kleda of the Douala Archdiocese, the prelates who said they are fully aware Bishop Bala was assassinated, are demanding government to name and bring to book the killer(s) of their late colleague.

Going by the statement issued Monday July 10 in Yaounde, the Bishops wrote: “On June 13, 2017, the Bishops of Cameroon issued a message to the people of God concerning the death of his lordship, Bishop Jean Marie Benoit Bala, Bishop of Bafia.”

They recounted: “In that message, the bishops demanded that the public authorities should clarify the circumstances and motives for the assassination of Bishop Jean Marie Benoit Bala and that the culprits of this crime be identified and brought to justice.”

The Bishops disclosed in their Monday statement that “while the bishops of Cameroon awaited the conclusions of the autopsy on June 2, 2017, they learnt of a press release issued on July 4, 2017 by the Procurer General (Attorney General) of the Court of Appeal of the Centre Region, Mr. Jean Fils  Ntamack concluding that “drowning was the most probable cause of Bishop’s Bala death.”

In expressing outburst over the position of the Attorney General, the bishops said they are maintaining what they said in their declaration of June 13, 2017- that Bishop Jean Marie Benoit Bala was assassinated.

“The moral certitude of the Bishops is based amongst other things, that the body they saw and recognized as the remains of Bishop Jean Marie Beniot Bala, on the banks of River Sanaga and at the mortuary of the General hospital of Yaounde , bore marks of physical violence” they stated in their communique.

The Catholic Church authorities, they went further to state, are yet to receive the remains of Bishop Jean Marie Benoit Bala.
“They await to do so after identification of the mortal remains” Kleda’s communiqué said.

“Once more, the Bishops invite the people of God to pray for Bishop Jean Marie Benoit Bala, for the faithful of the diocese of Bafia and that the truth be revealed” the communiqué also added.

It should be recalled that Bishop Bala went missing on the night of May 30 – 31.

His empty car was found on the Sanaga bridge the next day.

His body was found later on June 2 in the River Sanaga, around 80 km from Yaoundé, the capital. 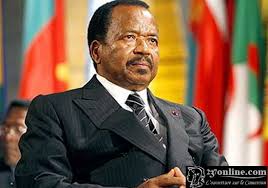 By Mua Patrick Mughe in Yaounde Separate presidential decrees signed yesterday by head of state ,Paul Biya has appointed some new senior divisional officers, SDOs, and divisional officers, DOs in divisions and sub-divisions across the country . Another presidential decree signed same day equally catapulted Mbouda divisional officer, Awounfac Alienou Yves Bertrand to the post of Secretary General at the centre regional governor’s office, replacing Oumarou Haman Wabi who has been called up for other duties . Yesterday’s appointment which was first   made public during CRTV’s 5pm prime time news came on the heels of widespread speculations related to the imminent replacement of some SDOs and DOs across the country said to be ripe for retirement. However, it was less so yesterday as most of the civil administrators tipped for retirement were still maintained while some were simply transferred.   Fako SDO, Zang III,   his colleague of Meme division, Koulbot Aman as well as 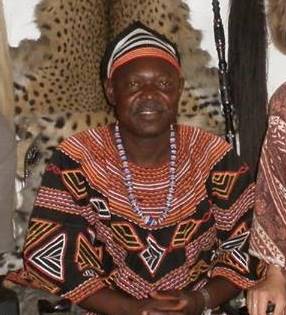 The long standing land dispute pitting the people of Esu, a locality in Menchum division and giant business magnet, EL Aladji Baba Danpullo is taking a new twist as end time sig nals for the long -drawn battle niches.         The Cameroon Watch recalls that North West Governor, Adolf Lele L’Afrique while chairing a crisis meeting that came at the end of a fact-finding mission to the land under dispute last December had ordered   the putting in place of a commission by Menchum senior Divisional officer to probe into the land palaver. Since then, a lot of water has gone under the bridge with little or no results to put an end to the crisis. Danpullo’s Elba ranch currently occupies over 10.000 hectares, official statistics indicate and the people of Esu are demanding he relocates his ranch as demand for land increases due to an ever rising Esu population. Danpullo has occupied the land for several years and it seems the solution to the crisis is at the corners.